A Choice (A Short Story) 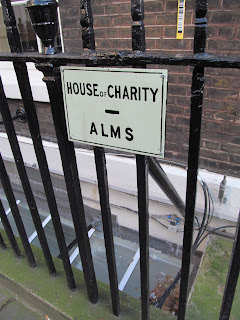 David awoke and saw the bars of his confine.  He had lived here all of his life.  The sounds from outside were his only reminder that something better awaited him if only he prayed hard enough or wished in the direction of the universe.

Each day, a gentleman called Sidney entered his cage and sat cross-legged, staring at him, not maliciously but with a look of sympathy.

On a day much like any other, Sydney after entering the cage approached David and asked him gently, ‘Why are you here?’

David felt shocked as Sydney had never spoken to him before.  Also he had never seen a way out of the monotonous horror of his life and now this enigmatic stranger offered hope of something indefinable if only he answered correctly.  ‘I have always been here,’ David opined feeling his heart sink.  Sydney gave him a key and led David to the cage door.  David in a state of surprise and bemusement unlocked the door and began to leave the prison.  Sydney anxiously thrust his hand out and said ‘Lock the door and take the key!’

David did as advised and walked off wondering why Sydney wanted to be locked away?

A year later, David returned to the prison and put an enveloped note through the cage as Sydney slept on the ground.  The note read, ‘You can leave if you want to’ and the key lay dormant in the envelope.  David left.

Sydney awoke the next morning, opened the envelope, read the note and wept.

This was a short story I wrote last year.  It still means something to me.  It was inspired by a friend.  She was right.  The choice to remain where you are is still a decision.  Inertia is always a choice.  I would really like for people to comment on this story in any way they choose, if it means anything to them.